The Discovery and Application of Nuclear Power

The Discovery and Application of Nuclear Power

The theorisation of the atom by Greek philosophers marks the beginning of the journey of discovering nuclear power. The history of nuclear energy can be split into three stages: the physical and chemical studies of elements, the development of the nuclear bomb, and the use of nuclear energy in the civil sphere.

In the late 1890s the electron was discovered, quickly followed by x-rays, beta radiation and gamma rays. The term ‘radioactivity’ was coined by Marie and Pierre Curie and our understanding of the atom was further advanced by many scientists up until the 1940s. James Chadwick discovered the neutron in 1932 and with that, all the ideal characteristics to cause nuclear reactions. The concept of a nuclear chain reaction resulting in a nuclear reactor came around in the early 1930s from physicists Enrico Fermi and Leo Szilard.

Fermi’s studies of the bombardment of uranium with neutrons allowed for other research and experiments to be conducted by scientists in Germany. One of these scientists was Lise Meitner, an Austrian Jew who was forced to flee to Sweden in order to escape persecution however she maintained close collaboration with her partner Otto Hahn and continued her work. 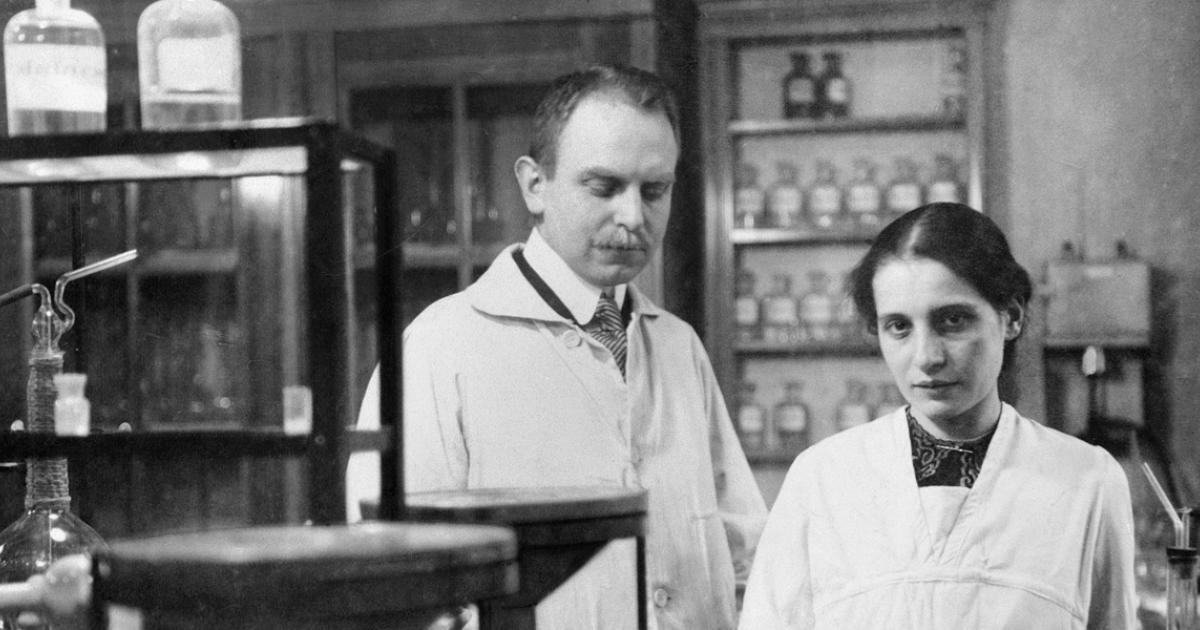 Back in Germany, Otto Hahn and Fritz Strassmann discovered that bombarding uranium with neutrons created an isotope of barium which Meitner and her nephew Otto Frisch explained by suggesting that the neutron was captured by the nucleus, leading it to split into 2 parts, thus identifying nuclear fission. In the process she also proved Einstein’s theory regarding energy and mass that he published in 1905.

Development of the Nuclear Bomb

News of Meitner and Frisch’s discovery quickly reached the US where several experiments were soon underway. The idea that nuclear fission of uranium could potentially create an incredibly destructive weapon was demonstrated by Frisch when he moved to England not long after. He was then permitted to work on the Manhattan Project which was led by Fermi in the US and after achieving the first nuclear chain reaction, was working towards enrichment processes to create the first nuclear bomb.

They succeeded just 3 years later when in July of 1945 the first atomic device was tested successfully. Consequently, the United States dropped the first atomic bomb on Hiroshima on the 6th of August, and the second on Nagasaki on the 9th of August; the only use of nuclear weapons in armed conflict. Nuclear Power in the Civil Sphere

Following the bombings on Japan and the war, the use of nuclear energy was being encouraged for civilian purposes. Using nuclear energy for electricity generation was a big part of nuclear development and research in the 50s after questioning about the ethics and morals of nuclear weapons arose. Eisenhower’s ‘Atoms for Peace’ speech at the United Nations in 1953 emphasised the need to move the use of nuclear energy away from weaponry and military uses to civilian, ‘peaceful’ use. The Obninsk Nuclear Power Plant in the USSR became the world’s first nuclear power plant to generate electricity for a power grid in 1954. In 1956, the world’s first commercial nuclear power station, Calder Hall nuclear plant in the UK was connected to the national power grid and became fully functional. 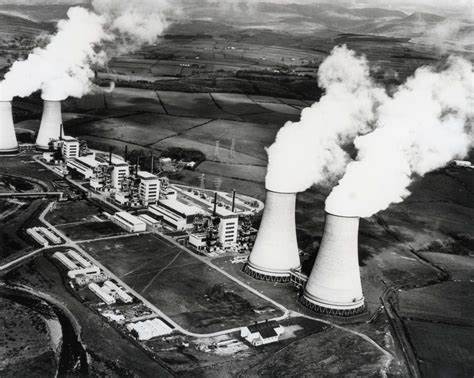 Anti-nuclear activism gained traction globally in the 1970s with protests being held throughout the 1980s. Initially the objective was nuclear disarmament however this soon expanded to include nuclear technologies with anxieties surrounding radioactive waste and nuclear accidents. Discussions of utilising nuclear power began circulating again in the early 2000s due to concerns about climate change and advances in nuclear reactor technology however the Fukushima nuclear disaster brought back strong disapproval and opposition to nuclear power.

Currently, nuclear power plants are operational in 32 countries with the US being the largest producer of nuclear power and France having 75% of its electricity generated using nuclear energy. Although technically nuclear energy isn’t renewable as there isn’t an infinite amount of uranium, it doesn’t produce any combustion by-products or greenhouse gases, making it a much more environmentally sound source of energy than fossil fuels. Nuclear energy provides around 10% of the world’s electricity and civil nuclear power now has over 18,000 years of reactor use. The performance of nuclear reactors has and continues to substantially improve and the nuclear industry prides itself on maintaining high standards of safety.