Geothermal energy is produced using the heat from the earth’s core. It is a renewable source of energy that can be used for heat or electricity. The majority of heat produced by the core is generated by the decay of radioactive isotopes which is a continuous process. Temperatures in the earth’s core can rise above 5000 degrees Celsius and the heat radiates out and warms water, rocks, gas and other geological material.

Magma is an example of heated material that heats nearby rocks and water. This water can be released through hot springs, steam vents, underwater hydrothermal vents, geysers, and mud pots. These are all sources of geothermal energy in which the heat or steam can be captured and used either for heat or electricity. However, most of the earth’s geothermal energy remains under the surface and is accessed by drilling.

Historically, geothermal energy has been used worldwide from as long as 10,000 years ago. The city of Bath in England is home to one of the most famous hot spring spas which was built by the Romans and utilises heat from low temperature geothermal energy.

This method of using geothermal energy relies on the water that has been heated as a byproduct of oil and gas wells. Previously, this was considered waste material and wasn’t utilised however it has been recognised as an alternative source of energy and the steam produced is used to generate electricity. Co-produced geothermal energy sources have the potential to supply significant amounts of electricity with minimal emissions and at a low cost. This method of using geothermal energy is very cost effective and a study from the University of North Dakota concluded that this process would pay for itself in around 7 years.

Although many parts of the world experience extreme changes in temperature throughout the year, under the earth’s surface, the temperature remains fairly consistent all year round. This temperature is cooler than the air in the summer and warmer than the air in winter and geothermal heat pumps use this as an advantage by exchanging heat with the earth.

A geothermal heat pump is a pipework system that is usually around 100m long that is buried underground, they can be horizontal or vertical, depending on the available space. After installation, the land that was disturbed can be returned to its original purpose so there is no disturbance after installing the pipework. Liquid is pumped through the system and is heated up by the earth. A compressor raises the temperature of the fluid before a heat exchanger transfers the heat to a separate body of water. It then circulates around the central heating system and cools before being released back into the pipework, this cycle repeats to keep your home warm.

Geothermal heat pumps use electricity as its source of power however the emissions that are produced are still less than those from other conventional forms of heating. Connecting these systems to a renewable source of energy is also a possibility. 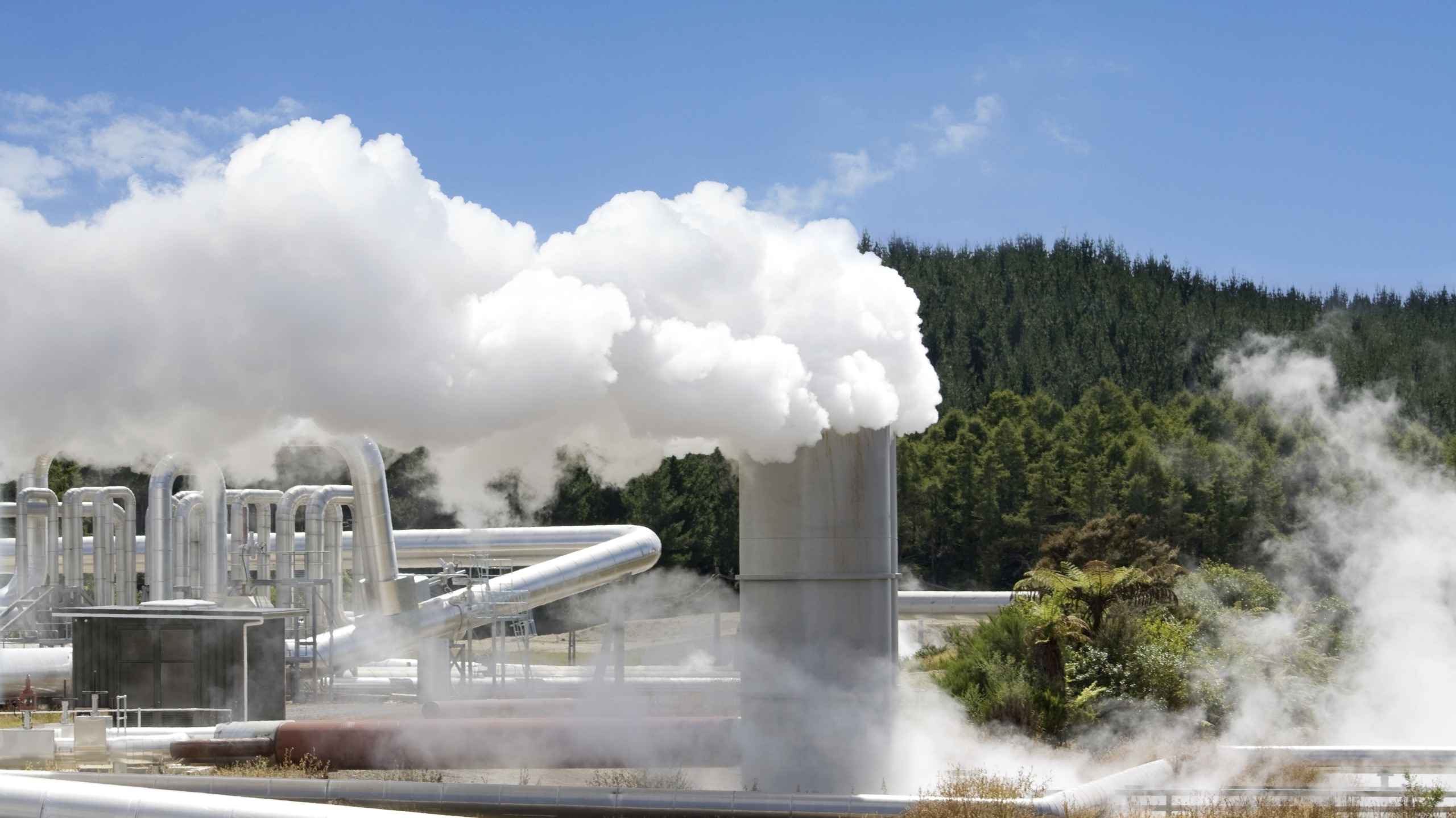 In some areas, heat can exist underground as hot water or steam however most of the time, areas need to be injected with water to create steam. The geothermal energy required to generate sufficient amounts of electricity is typically found a few kilometres underground.